This software is a set of Node-RED nodes which provides a privacy preserving stream integration algorithm. There are several sensors in several places and you want to integrate data from such sensors in a cloud server; but you, at the same time, need to consider privacy of those sensor data.

For example, you put sensors in each room of customers’ houses and want to get power usage of each room in order to analyze usage patterns and provide a useful service such as consulting to reduce electric bill. However, collecting power usage can reveal customers’ private life style; you thereby have to treat that information privately.

The following figure shows an example of this situation: there are two trusted networks, each of them has seven sensors and one integrator, and a cloud server receives data from those two integrators. 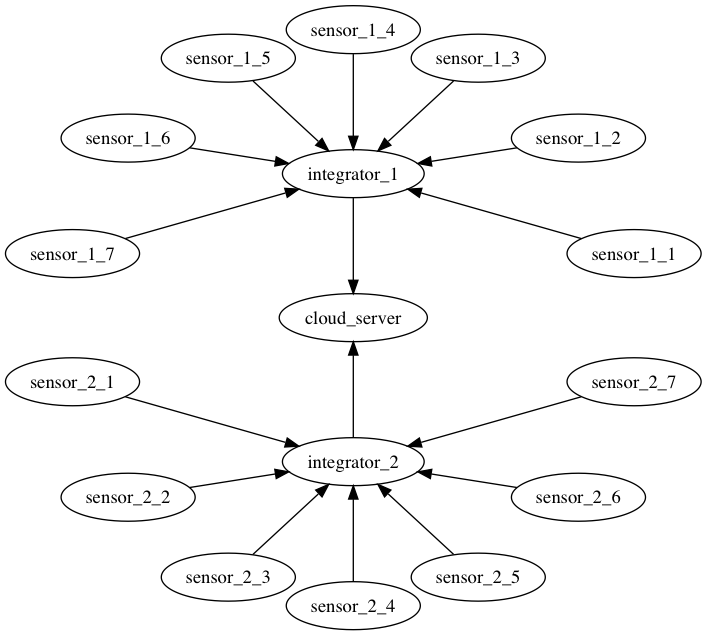 See Node-RED nodes page for information about each node.

Node-RED is a visual tool for wiring the Internet of Things. You can design data flow using its graphical flow editor, and deploy your application handling data from several sources. 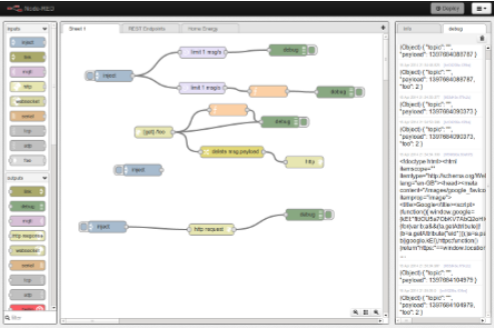 Visit its web site to know usage of the flow editor and the way to deploy your application on Node-RED.

There are two ways to start a Node-RED server which includes Node-RED nodes provided by this software: compiling source code on your computer and run, and using a docker container.

Build and Run by Node.js

Prepare Node.js, Python 3, and pip; then install dependencies and build:

after that, you can run Node-RED including privacy preserving algorithms:

Run in a docker container

A Docker image, jkawamoto/psi-node-red, is published in Docker Hub, to run Node-RED in a container.

You can also build the image, jkawamoto/psi-node-red, by your self:

The algorithm this software provides is based on two papers:

Please consider to site those papers if you will publish articles using this application.

This work is partly supported by Artificial Intelligence Research Promotion Foundation (AIF), and Grant-in-Aid for Young Scientists (B) (26730065), Japan Society for the Promotion of Science (JSPS).

This software is released under the GNU General Public License version 3, see LICENSE.

Consider supporting the authors on Gratipay: